Box making or Cartonnage - A little bit of history

Cartonnage dates back to ancient Egyptian times when they made individually cast and decorated covers for the deceased; sometimes just masks but also whole coffins.

Cartonnage was made originally from strips of linen glued together, layer upon layer, just as we do with papier mache today. When dry, these casings were finished off with a layer of gesso. Very intricate and detailed decorations were painted onto the finished surface. Some of them also had gold leaf added.

Very early examples of cartonnage have been discovered, but it is in the 18th Dynasty that it became the norm. It stayed popular right through the Roman period.

Later on, linen was not used so much. Instead, recycled papyrus from old documents were used (so they were even recycling all those years ago!).

Through the years, the term ‘cartonnage’ has metamorphosed into the meaning of today. If you were to walk into a bookstore now and asked for a book on ‘cartonnage’, you would most likely be directed to the arts and crafts corner. Here you would find many books on ‘the art of box making’. These boxes are decorated with fabric or sometimes patterned paper.

The modern cartonnage users often claim that the art form originated in France. Indeed, in the mid 1800's in a town called Valréas, it was re-discovered. 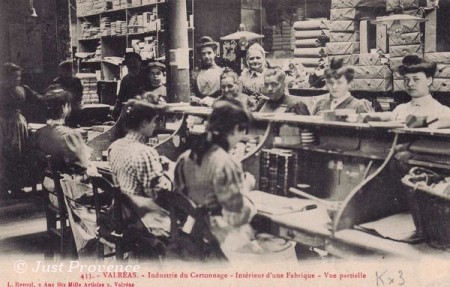 In the middle of the 19th century, Ferdinand Revoul from Vaucluse developed a box designed to transport silkworm eggs imported from China and Japan.

These boxes allowed air to pass through thanks to small holes in the bottom and the lid. It was an ingenious system that marked the beginning of the whole packaging industry in Valréas.

In Valréas a museum opened in 1991 that houses souvenirs of the packaging and printing trade which has brought prosperity to the town since the middle of the 19th century. It shows the methods of manufacture and printing of cardboard boxes from its beginnings to today. Have a look if you’re there or passing by!

Do you want to learn how to make your own box, book or folio? Go the my courses for more information (link). 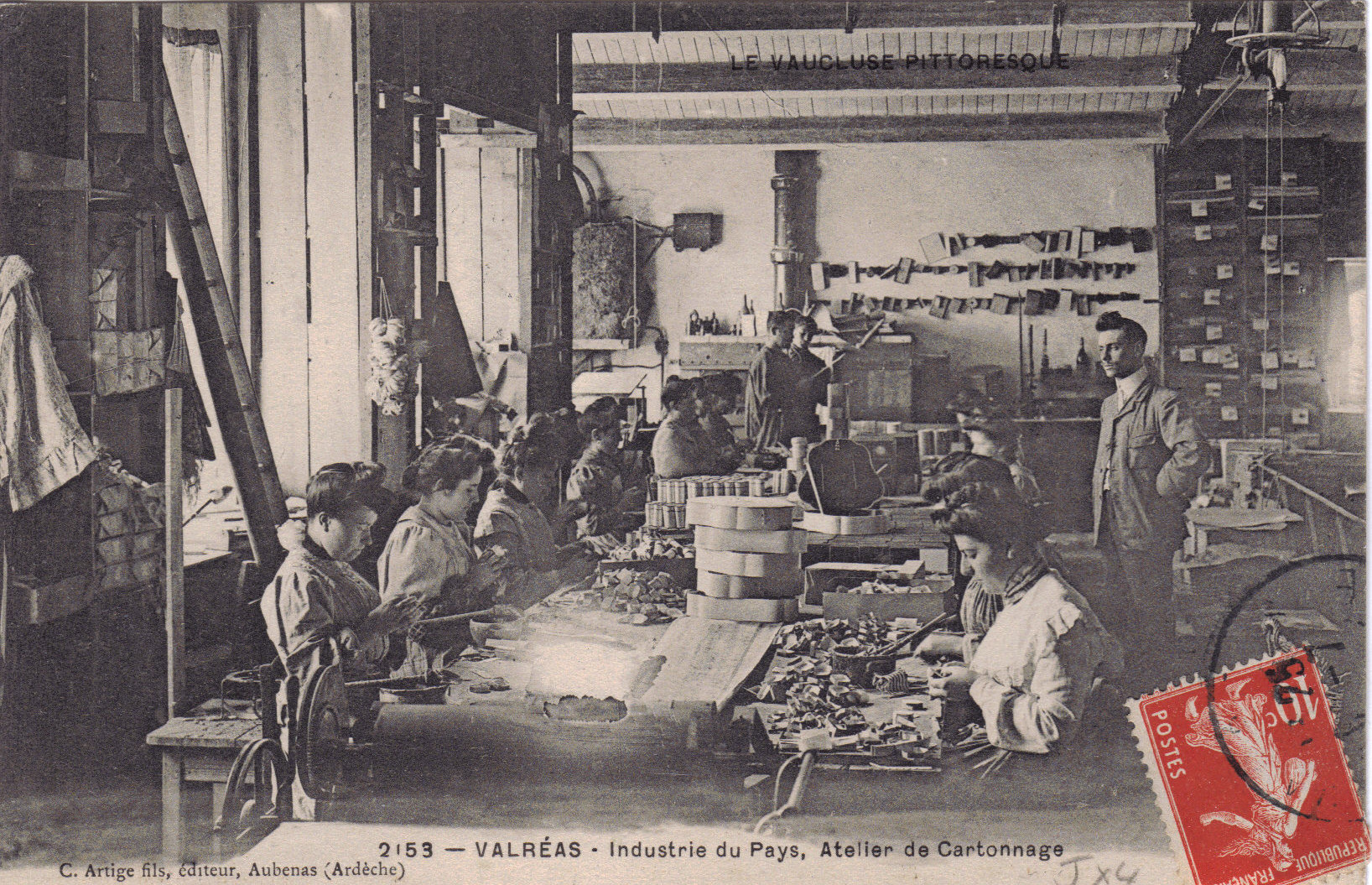