Why the boxes from Tiffany are so iconic

'Tiffany Blue' has been the brand’s identifying color since 1845, and is the colloquial name for the light robin-egg blue associated with the company created by Charles Tiffany and John Young in 1837.

The color was chosen by Tiffany for the cover of their Blue Book, first published in 1845, which documented some of the world’s most precious and rare stones — including diamonds obtained from French and Spanish aristocracy. Since then, Tiffany & Co. have used the color extensively on promotional materials  -  including their now signature blue jewellery box.

But it was not until 2001, when the brand approached Pantone to standardise their iconic shade, that the colour became a legal asset in its own right. Tiffany & Co. wanted to ensure that no matter where it was in the world, and no matter what medium the colour was reproduced in, it would be instantly recognisable.

Tiffany Blue  — or Pantone 1837 —  is now defined by the Pantone Colour Institute’s custom color program. It is a private custom color of Tiffany & Co. which bears the same number (1837) on the Pantone Matching System (PMS) of the year the company was founded. Also known as '1837 Blue', it is protected as a color trademark by Tiffany & Co., and therefore not publicly available (which is why you can’t find it printed in the Pantone Matching System swatch books).

It's important to note that a color trademark refers to only specific things. Tiffany & Co. only own that 'Tiffany Blue' in situations where it could be confused with their products. Tiffany & Co. owns 'robin-egg blue' for its boxes and bags. You can paint your house that color, for example, without having a problem. So the term “trademark” shouldn’t be confused with ownership of a particular color. Trademarking a color simply allows a company to use a particular combination and shade of color in its own industry.

The packaging on which the color appears has been registered as a Trademark as well together with the white satin ribbon tied around the boxes and the term 'Tiffany Blue Box'. Without any doubts, it is the most recognizable and most desired retail container in history.

Most brands would kill for this sort of instant recognition value of Tiffany & Co.'s robin's egg blue and that tiny box. As Bernd H. Schmitt wrote in his 1999 book 'Experiential Marketing', 'it has happened more than once that someone has put a gift, bought elsewhere, into a Tiffany box in order to enhance its value.'

how became this box so famous?

But how did just a little turquoise-colored cardboard box become the cubic embodiment of every girl's material dreams and desires? It was Charles Lewis Tiffany who was passionate about the finer things in life as well as finding the most beautiful diamonds in the world, who had started the legacy of Tiffany’s packaging. Tiffany began his empire with a 'stationery and fancy goods' store at 259 Broadway in New York thanks to a $ 1,000 loan from his father. It would not be long until the classic Tiffany packaging and its jewelry gained global recognition.

Some say Tiffany chose its signature blue to reflect the popularity of the turquoise jewelry then in vogue, but nobody knows for sure. What is certain is that the shade became an instant identification mark for Tiffany—and as a result also for finest jewelry in the business.

The turning point was when the company introduced its diamond engagement ring in 1886: the Tiffany Blue Box became as desired as the ring itself, or whatever else would be inside. In 1905, Tiffany was already considered America’s leading supplier of fine jewelry. The following year, the New York Sun reported that Charles Lewis Tiffany 'has one thing in stock that you cannot buy for as much money as you may offer; he will only give it to you. And that is one of his boxes.'

Of course, you have to buy a little something first. And so it has been for a century since. In 1961, Tiffany seals its ultimate success when Paramount Pictures releases Breakfast at Tiffany's, based on the 1958 Truman Capote novel and starring a young Audrey Hepburn. For the first time ever, Tiffany opened on a Sunday to allow for filming. It also posted 40 armed guards on the floor to prevent any of its blue boxes from disappearing.

The entirety of the packaging is trademarked, including not only the blue-coated paper (created by Pantone), and the white satin ribbon used for securing everything, but also the name itself—the Tiffany Blue Box. As an interesting note, the ribbon is tied on the counter in front of the customer, as the final touch to their branding. And, the only time Tiffany's deviates in packaging is during the holidays, when it uses a red ribbon instead.

Tiffany Blue Boxes are so sought after that incredible steps are taken to protect them. In 1961, Tiffany's allowed Paramount Pictures to film part of Breakfast at Tiffany's inside their flagship location. To prevent the theft of any blue boxes, 40 armed guards were posted around the store. And, in today’s world of selling anything and everything online, empty boxes and bags are often posted on sites like Etsy or eBay. Though Tiffany’s has been unable to legally halt this practice, they do frown upon it.

And thanks to such a long and storied history, the Tiffany Blue Box has certainly earned its status as iconic packaging, too.

Do you want to learn how to make your own iconic box?

Have a look at my online courses box making! 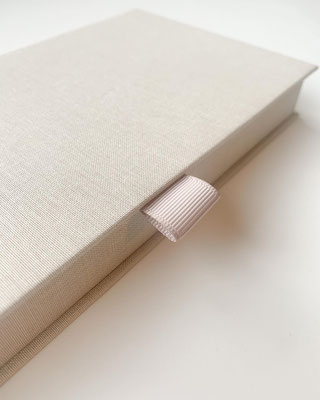 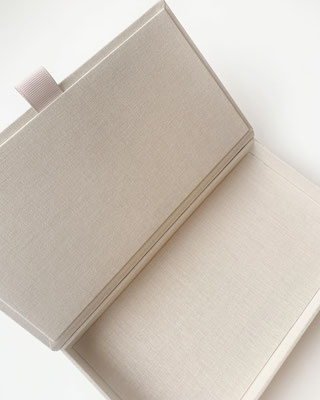 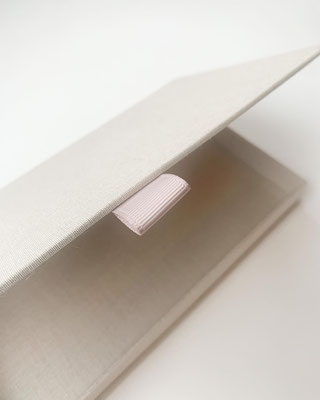 If you want an iconic packaging for your service or product, please send me an email so I can see if I can help you!